Aircraft Wheel and Brake specialist Rotable Repairs have relocated their Goods Inwards and Dispatch areas to a newly merged and refurbished Logistics Centre.

The additional facilities have now allowed us to move our on hold work in progress, serviceable and unserviceable materials to this easily accessible site. This reconfiguration will see an increase of space in our Wheel bay by 40%, Brake bay 20%, NDT 40%, and Cleaning Bay 40%. We are very much taking into consideration the additional workloads seen last year and the processes and equipment needed address this years predicted volumes. 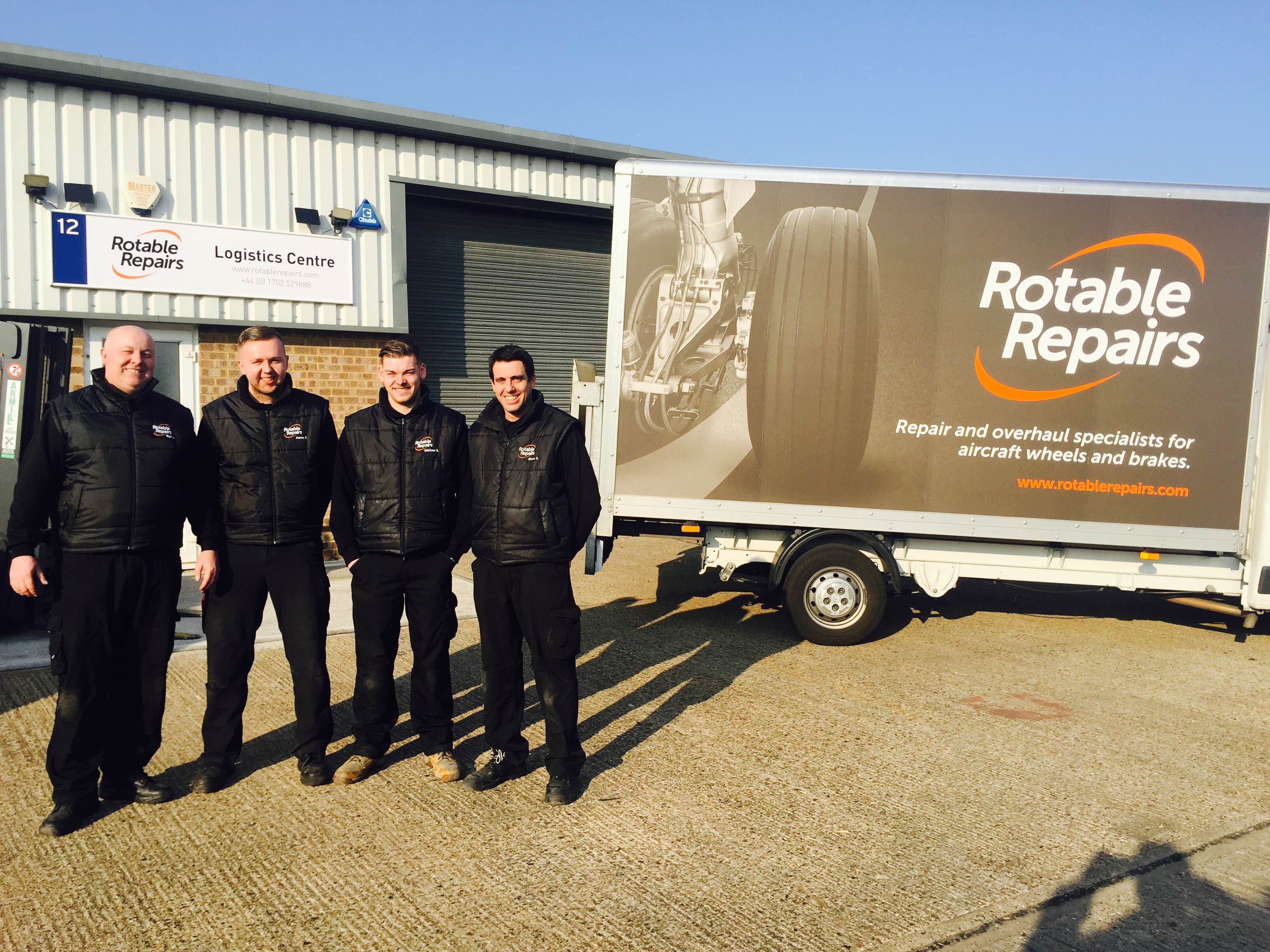 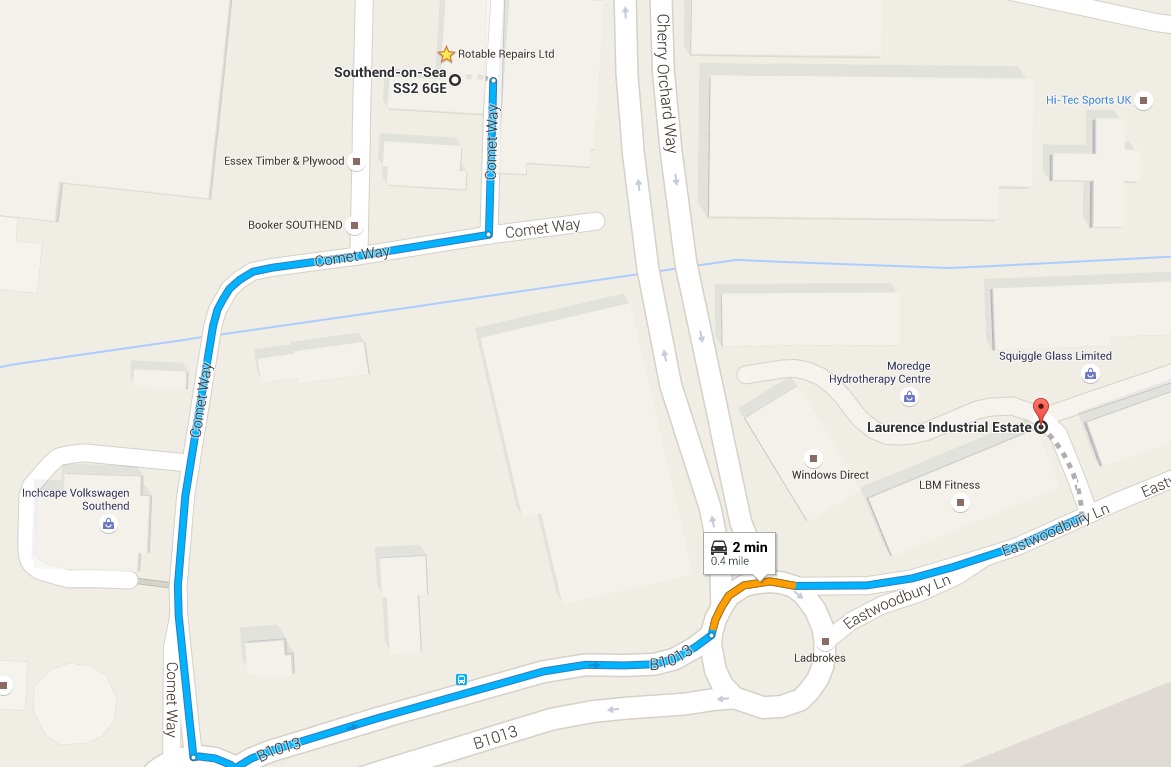 Need directions? Click here for a Google Map showing the route between the Rotable Repairs main site and the Logistics Centre.

Rotable Repairs Limited has full Dual EASA / FAA capability to repair and overhaul the listed hydraulic fuses below, we also have stock on a number of these fuses, enabling us to offer good rates on advance exchange units if required.

Bryan Croft, appointed the position of Sales and Marketing Director in 2011 has helmed the project throughout the transitional period, in an attempt to provide a stronger visual impact, sense of brand awareness and a new respect for brand continuity throughout the company.

Bryan said: “The new company logo has been redesigned to address some of the issues with identification, reproduction and foot print. Even though the previous branding incorporated the company name, it was a secondary item that the eye fell to after the RR image.”

The re-brand was the result of a creative partnership between Rotable Repairs and Design Agency, Page Creative, Based in Basildon, Essex.

Paul, Lead Designer said: “We’re really happy that the re-brand has had such a positive impact to-date. Rotable Repairs have an invested interest in keeping traditional elements a strong focus within their business, as well as their brand, which lead us to create an update of the existing orange and black logo design.”

The Aircraft Wheel and Brake Specialists have since seen an influx of additional out-of-season work, allowing the extension of their new brand to cross a range of mediums such as an overhaul of on-site signage, branding materials, vehicle graphics, brochures and an up-dated stand for their upcoming attendance at MRO Europe on Wednesday 14 October 2015.

Rotable Repairs, formed in March 2002 have been dedicated to Aviation Wheel and Brake Services and is committed to delivering high quality, cost effective products and services to Airlines, Hangar Facilities and Stockists. Their team of staff is available to offer a friendly, professional service that is based in an experienced understanding of the aviation industry. 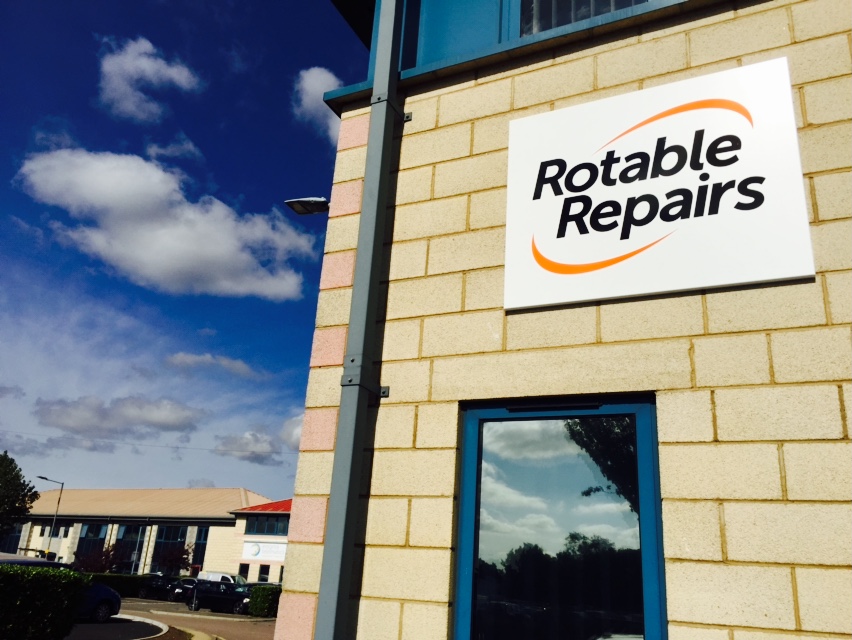 The two-year long contract is the result of an on-going successful relationship spanning over more than two years, which is now solidified by a dedicated promise of quality and responsive service from Rotable Repairs and will develop into an increased volume of serviceable Aircraft Wheels and Brakes work throughout the contracted period.

Richard Gardiner, Managing Director said: “I’m extremely happy to announce the partnership between ourselves and Titan; we look to improve on an already fruitful relationship by offering a tailored, reliable MRO service to their growing fleet of Boeing and Airbus aircraft.”

Since it’s foundation in 1988, Titan Airways has grown into the UK’s most prestigious charter airline specialising in VIP and corporate travel as well as airline sub charter and aircraft leasing. It brings the very best standards of care and comfort to all its passengers. Titan’s modern, reliable aircraft can operate from all major international and regional airports day and night, 365 days a year.

The Aircraft Wheel and Brake Specialists continue their out of season success through 2015 as they expand on their busy EASA Parts 145, FAA Part 145 and TCCA Transport Canada approved repair station by opening additional storage units, allowing a greater flow in production processes and an increase in capacity.

Rotable Repairs, formed in March 2002, have been dedicated to Aviation Wheel and Brake Services and is committed to delivering high quality, cost effective products and services to Airlines, Hangar Facilities and Stockists. Their team of staff is available to offer a friendly, professional service that is based in an experienced understanding of the aviation industry.

Rotable Repairs are pleased to announce it has signed a 3 year Cost per Landing Agreement with Air Contractors for support of its wheels and brakes. This brings yet another Airline into its portfolio that are looking for cost effective service and support.

‘Air Contractors has signed a contract with Aer Lingus to operate three Boeing 757 aircraft on transatlantic routes between Ireland and New York, Boston and Toronto.

The Boeing 757 will operate a direct service between Dublin and Toronto commencing in 2014 summer season. Two Boeing 757 aircraft will also be base in Shannon and will deliver increased frequency on exsisting services to Boston and New York. The 757 fleet will be ‘damp leased’ from the ASL Aviation Group.’

The Rotable Repairs facility has been host to the CAA to carry out its annual Part 145 audit and once again we have been congratulated on our facilities, processes and quality procedures. All year round our quality team work hard to ensure that we meet and where possible exceed the current and forth coming legislative and procedural requirements set out by EASA and the FAA which has resulted in a positive outcome. We would like to commend the efforts of our quality department who spend all year round enforcing policy which at times feels like a thankless task but comes to fruition during these audits.

Aeronautical Repair Station Association (ARSA) has launched a new survey to measure the impact of the ban on new foreign repair station certificates. U.S. Congress prohibited the Federal Aviation Administration (FAA) from acting on foreign repair station certificate applications submitted after 3 August 2008, because the Transportation Security Administration (TSA) had not finalised repair station security rules. The ban is an unprecedented example of punishing the industry for a federal agency’s inaction. Reportedly US aviation companies are barred from tapping into rapidly expanding overseas markets, which is hindering job creation and growth in the country.

To assist in its professional development Rotable Repairs has graciously accepted RAes’s invitation to become a Corporate Partner.

The RAes is the world’s only professional body dedicated to the entire aerospace community. Established in 1866 to further the art, science and engineering of aeronautics, the Society has been at the forefront of developments in aerospace ever since. As well as a schedule of Corporate Partner Seminars, Briefings and Events, the RAes also offers a assistance with Accreditted Company Training Schemes and Academic Programes.

The Society has over 17000 individual members and is host to over 100 events each year at the society’s London HQ and 300 via its global Branches, Divisions and Specialist Committees, making it arguably the most influential aerospace society worldwide.

In a drive to increase efficiencies Rotable Repairs and pleased to announce its most recent addition to its NDT department, the WheelScan5. This automated system uses eddy current to detect flaws or damage in aircraft wheels of all sizes. WheelScan enables operators to perform inspections faster without compromising inspection integrity.


Automatic System Increases Speed of Inspection
Aircraft wheels are subject to high level cyclic fatigue, particularly during landing. To ensure the safety of passengers and the aircraft, it is important that the wheels are maintained to the highest standard. Eddy Current wheel inspection is widely accepted throughout the world as a rapid and reliable means of maintaining the integrity of aircraft wheels.

Automatic Rapid Testing
The unit covers the wheel with inspection speeds up to 2 ms-1 (78 inches/second). All inspections are specified with a constant surface speed rather than fixed RPM, allowing the eddy current filters to give the best possible performance, irrespective of the amount of wheel taper. The operator can set up a wide range of helix settings to arrive at the quickest inspection for the required surface coverage. In addition, the stepper motor drives take the probe rapidly to the start of the inspection at up to 150 mms-1 (6 inches/second) to minimize inspection cycle time. 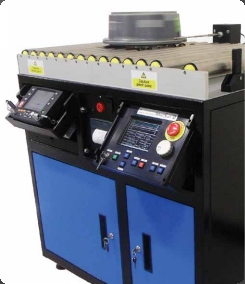 Rotable Repairs today announces the expansion of its Essex based MRO facility. Both the CAA and FAA have given their authorisation to proceed with the development completing our most recent phase of expansion. The development has created new workshop space, storage and removed old office space from the main facility, it has transformed the premises and will allow us meet the growing expectations of the business. By exporting services from our main facility and reconfiguring existing floor space we have created dedicated workshops to significantly increase production capacity.

“Our development will enable us to successfully meet the rapidly growing demand for our products and to better serve our worldwide customer base” says Ray Coley, Managing Director.

The expansion was fuelled by the continued growth witnessed in recent months.